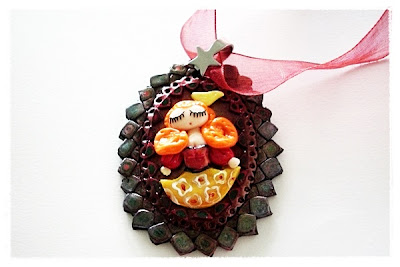 Armenian tradition portrays her as a homewrecker and a harlot. These facts are partly to be explained by observing that, according to the legends, in her birth as well as in her disappearance from earth, Semiramis appears as a goddess, the daughter of the fish-goddess Atargatis, and herself connected with the doves ofIshtar or Astartë.

One of the most popular legends in Armenian tradition involves Semiramis and an Armenian king, Ara the Beautiful. In the 20th century, the poet Nairi Zarian retold the story of Ara the Beautiful and Shamiram, in a work considered to be a masterpiece of Armenian literary drama.

According to the legend, Semiramis had heard about the fame of the handsome Armenian king Ara, and she lusted after his image. She asked Ara to marry her, but he refused; upon hearing this, she gathered the armies of Assyria and marched against Armenia.

During the battle, which may have taken place in the Ararat valley, Ara was slain. To avoid continuous warfare with the Armenians, Semiramis, reputed to be a sorceress, took his body and prayed to the gods to raise Ara from the dead. When the Armenians advanced to avenge their leader, she disguised one of her lovers as Ara and spread the rumor that the gods had brought Ara back to life, ending the war.

Although many different versions of the legend exist, they agree that Ara never came back to life.

The association of the fish and dove is found at Hierapolis Bambyce (Mabbog), the great temple at which, according to one legend, was founded by Semiramis, where her statue was shown with a golden dove on her head.

Hi, I'm Andreea! I live in Bucharest and I love sculpting stories in polymer clay and other mediums.

Promote your Page too